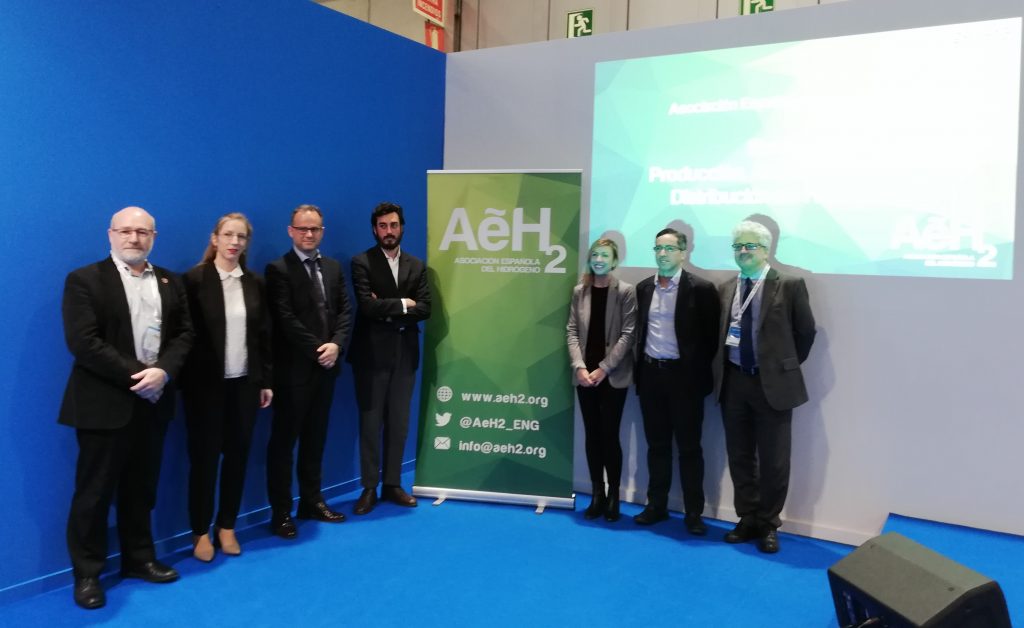 On February 5th, AeH2 organized the Technical Conference “Hydrogen: a key to ensure climate neutrality” held within the framework of the Renewable Energy and Environment Fair, GENERA in Madrid. The full capacity of this conference shows the growing interest in these technologies that will be key in the path towards climate neutrality.

And that focused on the first part of the Conference: “Climate Neutrality in 2050: the European Green Deal and the Spanish PNIEC” with the participation of D. Alexandru Floristean, legal & project manager in Hydrogen Europe, D. Santiago González, of the department of Regulatory Framework and Corporate Strategy of IDAE and Mr. Javier Brey, president of AeH2. It was moderated by Mr. Antonio González, vice president of AeH2.

In the second part of the conference, moderated by Mr. Miguel A. Peña, secretary of the AeH2, partners of the AeH2 presented hydrogen-based solutions to achieve climate neutrality. It was at this time when CIDAUT, represented by José Ignacio Domínguez, presented its capabilities and work proposals in the production of hydrogen from renewable sources. The rest of the presentations also demonstrated that hydrogen has a great potential in Spain and the drive of projects based on these technologies represents a clear commitment to sustainability and an increasingly green future.