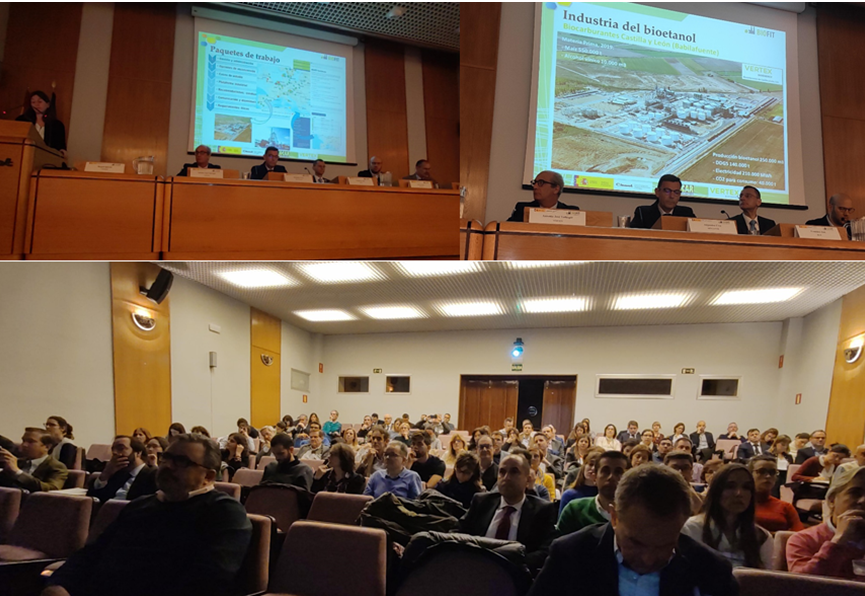 The CIEMAT Advanced Biofuels and Bioproducts Unit together with the Ministry of Industry, Commerce and Tourism (MINCOTUR) organized a conference on Biofuels in Spain on February 26 within the framework of the European project BIOFIT (Bioenergetic Retrofitting of the European Industry). CIDAUT had the opportunity to attend the conference and share experiences with the attendees.

The purpose of this conference was also to create a forum for discussion between the different actors linked to this sector, public and private, and to promote the implementation and development of biofuels to achieve the objectives established in the PNIEC, among others.

Within the framework of the conference there were other very interesting presentations on the importance of sustainable biofuels in aviation by AESA and biofuels in 2030 and the Green Deal by BIOPLAT. The present and the future of biofuels in Spain were discussed by APPA and an ePURE representative offered his vision of the bioethanol situation in Europe. The president of the BIO-E association spoke about the economic and environmental benefits of the use of bioethanol and, on the part of CCAE, he presented about bioeconomics and agricultural development linked to biofuels.

SNPAA (France) discussed aid plans in the biofuels sector in that country and AOP and ANFAC discussed about the opportunities for the oil industry and biofuels for the automotive industry respectively. Finally, Novozymes company spoke about the biorefineries associated with biofuels and their possibilities.

The day was a success since the capacity was completed with an attendance of more than 170 people. The welcome of the initiative by the sector that had not had a meeting point for a long time was highlighted and BIOE was summoned to turn the event into an annual periodic appointment.