An international consortium of 40 organisations from Spain, Germany, Switzerland, Italy and Greece, led by the technological company ETRA, is launching ORANGE.BAT, an ambitious initiative to incorporate green hydrogen into the ceramics industry in Europe. This large-scale project, which includes the deployment of an innovative 100MW electrolyzer, was presented last 27/01/21 to the Green Deal call in order to request the support of the European Commission in this endeavour. 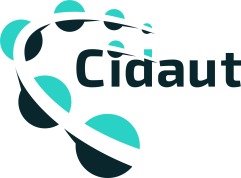 The partnership, of which CIDAUT forms part, includes major industrial players, research centres, institutional bodies and a cluster of off takers of the hydrogen to be produced. This makes possible for ORANGE.BAT to cover the full value chain, from green generation of hydrogen to the consumption of, not just the green hydrogen itself, but also all the by-products of the industrial process, in accordance with the principles of the circular economy. The planned large-scale pilot plant will be deployed nearby Castellón, in one of the most important ceramic industrial clusters in Europe, concentrating 95% of the ceramic industry of Spain and 33% of the CO2 emissions of the region.

ORANGE.BAT is expected to play an important role in exploiting the huge potential of green hydrogen to help Europe achieve its ambitious decarbonization objectives whilst at the same time securing a large number of high value industrial jobs.

CIDAUT contributes to ORANGE.BAT by development of technology for combustion systems using H2 fuel (burners and kiln integration) at both pilot and full scale.