Final event of the MOVBIO Project 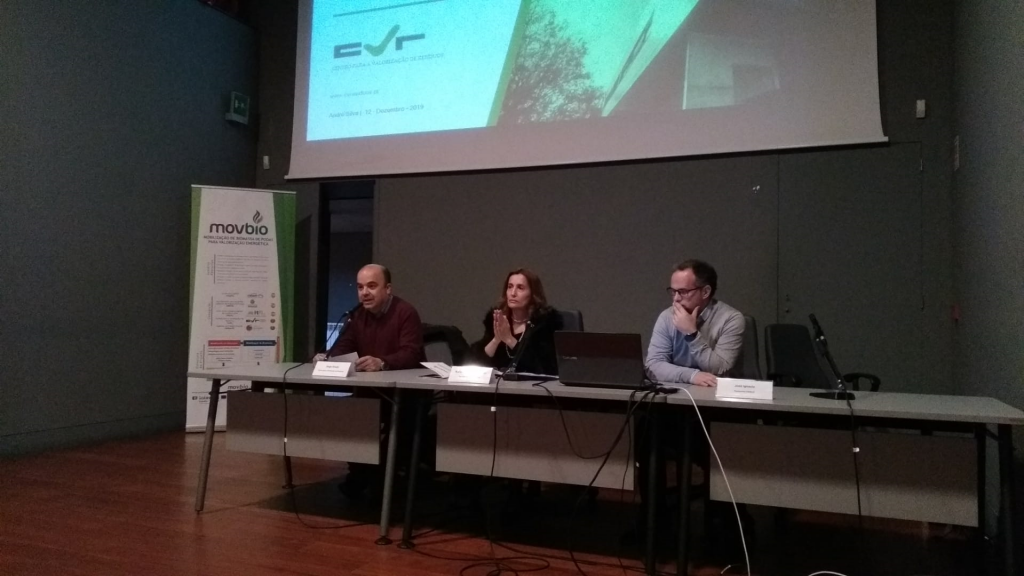 As a perfect ending of the Interreg-Poctep MOVBIO project, two closing events were held, one on each side of the border Spain-Portugal during the past month of December 2019.

On the Portuguese side, the closing event of the MOVBIO project took place in Guimarães on December 12, in which the main results and conclusions of the work developed during the project were presented. 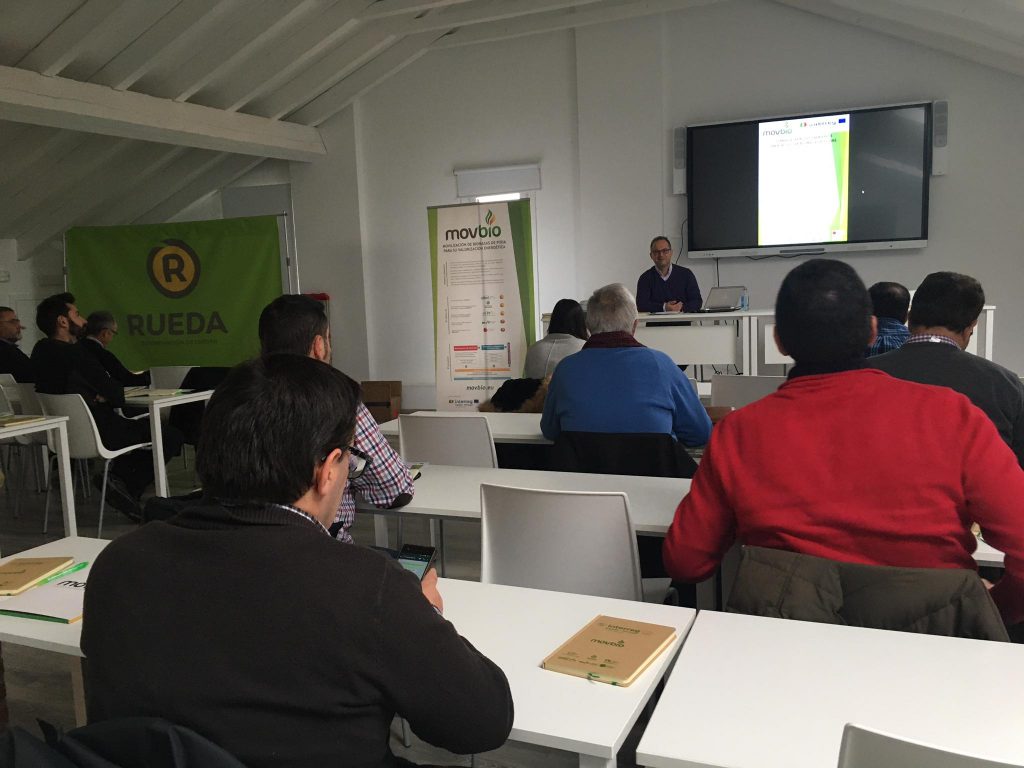 Portuguese partners (CVR and AEdoAVE) showed the results of the work carried out during the last two and a half years. These results referred to the study of energy needs in the area of cooperation, the role of pruning of biomass as an energy resource and the analysis of current pruning biomass management models compared to more environmentally and financially sustainable ones. On behalf of CIDAUT, the pruning biomass observatory available on the project website (www.movbio.eu) was presented. 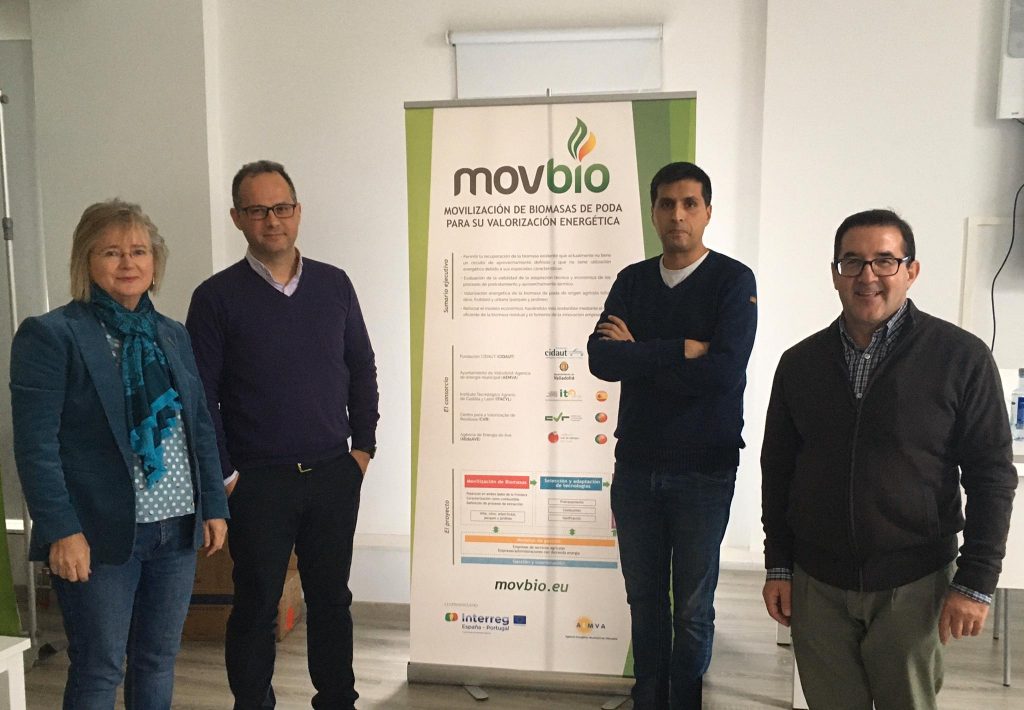 In Spain, it was on December 17 when the final dissemination of results of the MOVBIO project took place in the auditorium of the D.O. Rueda, in Rueda (Valladolid).

During the workshop, CIDAUT, as project coordinator, presented the main conclusions obtained from the project and Itacyl explained the study of pruning biomass potential carried out, as well as the conclusions of good practices obtained from the project. In addition, it was possible to see first-hand the initiatives that Somacyl is carrying out in the use of vine pruning as fuel for its thermal and electrical generation plants. 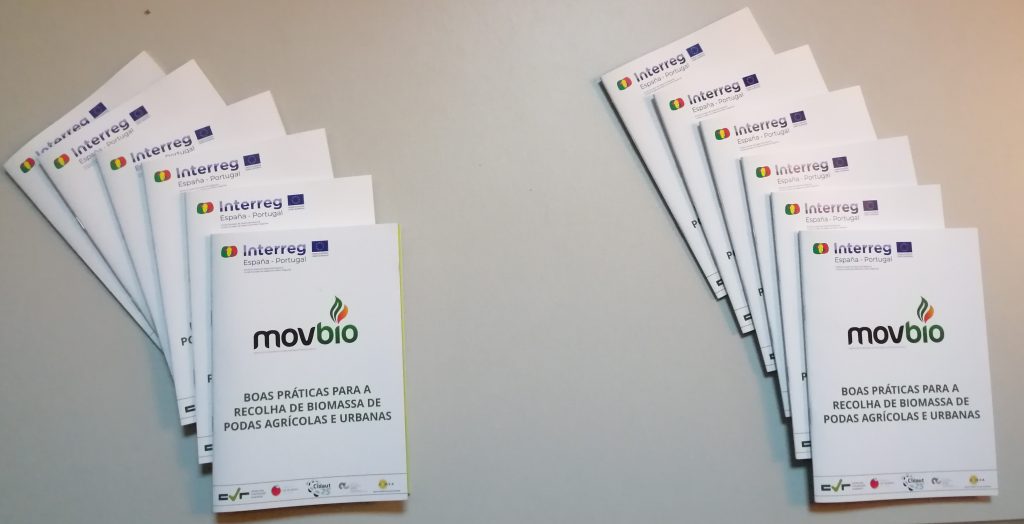 Finally, during both events, the manual of good practices for the viable collection of pruning biomass was distributed among the attendees. 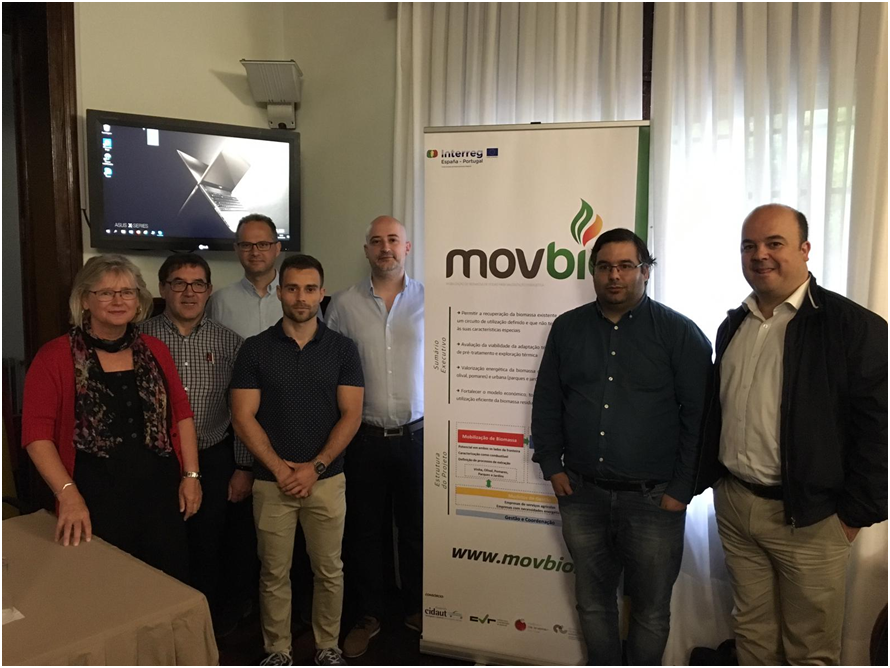 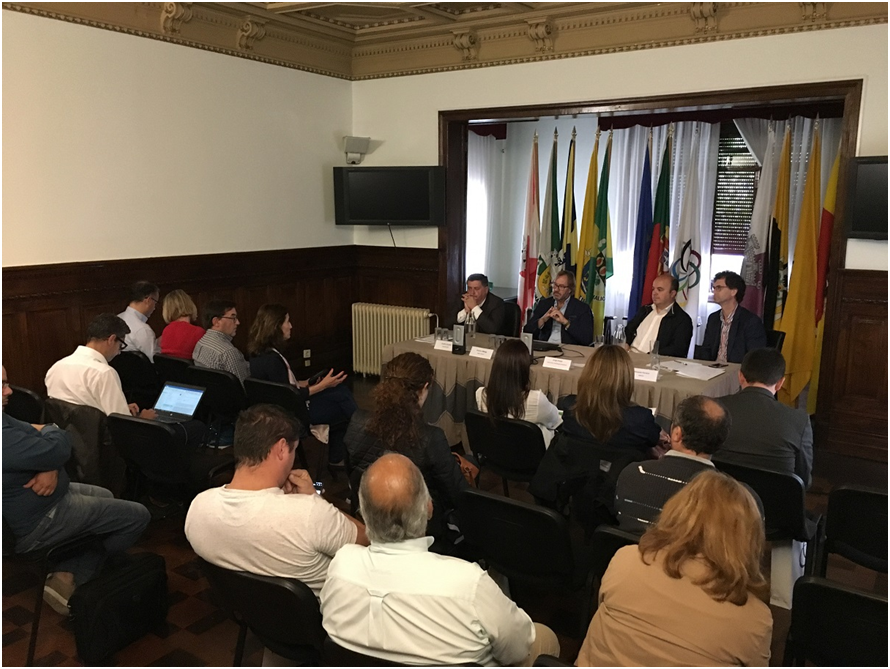 MOVBIO disseminates the first results of the project

Last 12th December 2018, a practical training workshop entitled “LAST NOVELTIES IN THE ENERGY USE OF BIOMASS PRUNING” was held in Valladolid. 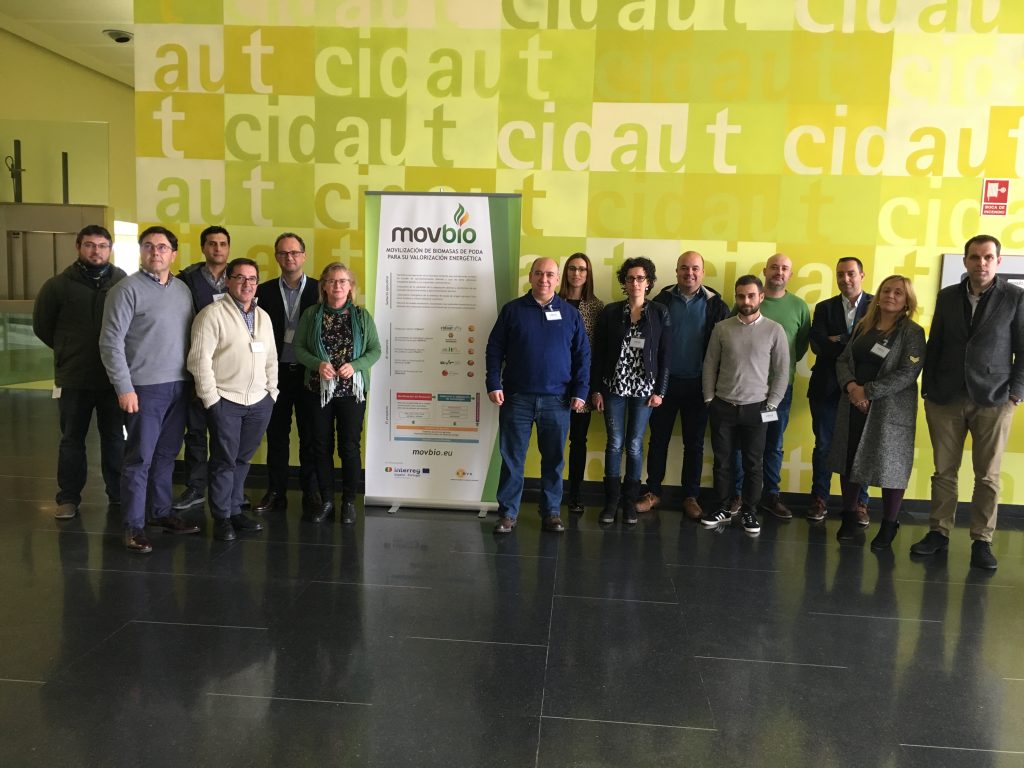 Several presentations were used to show the first results of the MOVBIO project as part of the agenda. These presentations were mainly referred to studies of pruning biomass potential in Castilla y León and northern Portugal, informing of the first conclusions obtained from the different energy recovery options for this kind of biomass. 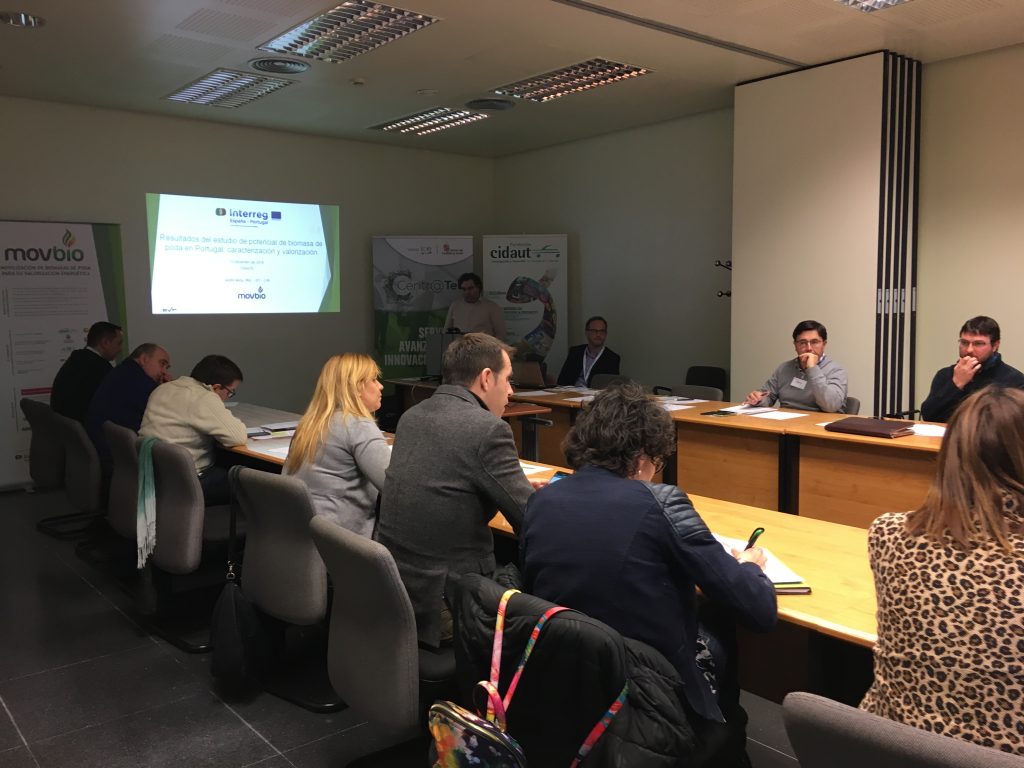 SOMACYL has taken advantage of the event to comment its experiences in the use of biomass for district heating and Fundación CIRCE and CEDER-CIEMAT have explained their participation in European projects where the use of pruning biomass as a biofuel is also studied and promoted.

A new meeting was held to monitor the MOVBIO project in the facilities of the Center for Waste Valorisation (CVR) in Guimarães (Portugal) on January 18th and partners of Portugal and Spain with representatives of all project activities attended the meeting. The progress of the project in the study of the potential of pruning biomass for energy use in the north of Portugal and Castilla-León was shown. One of the purposes of the meeting was to establish the contents of the project’s website (www.movbio.eu) and the following milestones of the project aimed at preparing the final biomass potential report. The definition of case studies in which to validate the use of this biomass and the interaction with other projects related to the use of pruning such as the UP-running and BIOMASA-AP projects was also evaluated.

This meeting was completed the next day with a technical conference that included a demonstration in the field. It was possible to verify the pruning techniques of actinidia (kiwi) and of the vine, as well as its collection in the field for future energy use. Both species present a great potential in the north of Portugal and are of great interest in the scope of the MOVBIO project.

This project is co-financed by the programme of cooperation INTERREG V-A Spain-Portugal (POCTEP) 2014-2020 and will run until December 2019.

The MOVBIO Project, led by the CIDAUT and granted by the INTERREG V A España-Portugal (POCTEP) 2014-2020 programme, held its kick-off meeting on 19th July 2017 at CIDAUT´s facilities in Boecillo Technological Park (Valladolid, Spain).

During the meeting, all partners of the project: Municipal Energy Agency of Valladolid (AEMVA), the Institute of Agrarian Technology of Castilla y León (ITACYL), the Center for Waste Valorisation (CVR), the Energy Agency of Ave (AEdoAVE) and CIDAUT have worked on launching the first project tasks. MOVBIO will allow the valorization of existing biomass that currently neither has a defined utilization circuit nor energy use due to its special characteristics. In particular, MOVBIO will facilitate the energy valorization of pruning biomass of agricultural and urban origin (pruning biomass of parks and gardens) by means of the evaluation of the technical and economic feasibility of adaptations on the processes of pretreatment and thermal utilization. It is also intends to help strengthen the business model making it more sustainable through the efficient use of residual biomass and the promotion of business innovation.

The MOVBIO project approach focuses on innovation in three areas: the new way of using a biomass with energy value, the adaptation of systems for their collection and the adjustment of energy recovery technologies. In addition, the project will favor the use of ICTs through the creation of a biomass management tool that will allow connecting the value chain between biomass owners and/or agricultural service companies and users of biomass considered within the project.